Without Burden, Hindrance or Restriction 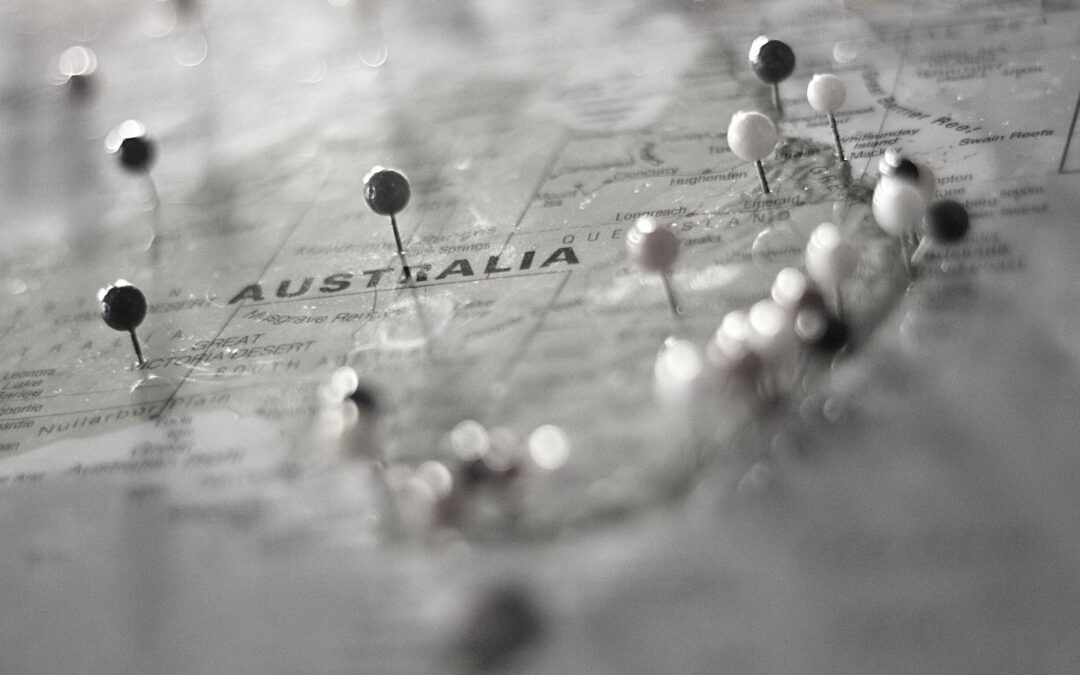 The travel restrictions imposed by some of the states and territories of Australia as a consequence of the COVID-19 crisis have provided an insight into life prior to the signing of the Australian Constitution, and with it the establishment of the Commonwealth of Australia on 1 January 1901.

Prior to 1901, Australia consisted of 6 colonies of the United Kingdom, connected only by geography. In many respects the economic and political barriers between the colonies were as great as these between completely independent countries. Victorian Board of Inquiry report, in 1894, noted that trade and commerce between the 6 colonies was inhibited by factors such as border taxes, differential railway freights designed to secure trade for each particular colony’s lines and ports, and stock taxes levied to keep out cattle from interstate.

In the 120 years since 1901, these barriers to interstate business and social interaction have been substantially eliminated, a result achieved very much through a key provision of the Constitution, section 92. Whilst the political borders between the states and territories have remained intact, economic and social activity has become effectively borderless, throughout Australia.

That has all changed with the COVID-19 emergency, which has seen the return of significant inter-state barriers, in the form of restrictions on entry imposed in some form by almost of all the states and territories. These border closures have caused particular concern to a number of sectors, from farmers who cannot source labour to shear their sheep or harvest their crops, to builders who operate hundreds of kilometres across state lines, to cancer patients denied access to their specialists located in a neighbouring state.

One particularly aggrieved individual is businessman and self-described hobbyist litigator, Clive Palmer, who has launched an action against the state of Western Australia, claiming that its refusal to allow him to enter the state is unconstitutional.

What does section 92 of the Constitution actually say?

The relevant portion of section 92 is very short:

“On the imposition of uniform duties of customs, trade, commerce, and intercourse among the States, whether by means of internal carriage or ocean navigation, shall be absolutely free.”

This “enigmatic text” (as described by the High Court) has puzzled and perplexed lawyers, judges and governments since its formation. This ambiguity is the reason that section 92 has been the subject of over 140 High Court Cases, more than any other single provision of the Constitution since coming into force in 1901.

A glimpse of clarity

In 1988, in the case of Cole v Whitfield, the High Court of Australia decided to take the shambolic state of the case law by the scrap of its neck and shake some sense into it.

Most of the Section 92 cases since 1901 have concerned the actual or alleged impact of various pieces of state legislation that had the intent or effect of restricting or inhibiting inter-state trade and commerce. Cole v Whitfield was such a case, concerning the regulation of the size of crayfish that could be permissibly bought, sold or possessed in Tasmania, whether they originated there or from another state. The High Court examined the history leading to the adoption of section 92 and concluded that in these trade and commerce cases, the important test was whether the restriction imposed by a state or territory had a discriminatory effect in favour of enterprises within its own borders, or against those from outside.

If the measure was discriminatory, it was contrary to section 92 and must be set aside. If it was not discriminatory, it could stand. This “discrimination” has essentially been accepted as settled law for the past 32 years, since then, in relation to trade and commerce across state and territory lines.

However, in the course of its decision the High Court in Cole v Whitfield made a very important distinction:

In other words, the “Is it discriminatory?” test that applies to trade and commerce, does not necessarily apply to “intercourse”, i.e. the movement of people across state and territory borders. Rather, the court confirmed an earlier, 1945, decision in Gratwick v Johnson, to the effect that:

“a constitutional guarantee of freedom of interstate intercourse, if it is to have substantial content, extends to a guarantee of personal freedom ‘to pass to and fro among the States without burden, hindrance or restriction.”

Gratwick v Johnson was a case about WWII emergency legislation. The Commonwealth government had issued an Order under otherwise apparently properly made Regulations restricting interstate passenger transport, in order to free the railways and other public transport for troop movements and other military purposes.

That would appear to be a legitimate use of government power, analogous to the attempts by the states and territories in the past few months, to restrict entry for the purposes of protecting their citizens against the transmission of COVID-19.

The facts of Gratwick v Johnson are romantic. In October 1944 Miss Johnson, a young lady from Sydney, undertook a railway journey via Broken Hill, Adelaide, Cook and Kalgoorlie to Perth, to visit her fiancé. Unfortunately, before doing so she failed to obtain the necessary permit under the Order. She was charged with an offence against the Order, and the matter worked its way up to the High Court in April and May 1945. Perhaps it was significant that by that stage the war was running clearly in the Allies’ favour. In any event the five High Court judges unanimously found that the Order was invalid. As one of the High Court Justices put it:

“It is immaterial … that the object or purpose of the legislation … is for the public safety or defence of the Commonwealth … if it be pointed directly at the right guaranteed and protected by the provisions of section 92 of the constitution”.

It may be expected that the same kind of arguments would be used in Mr Palmer’s case, and perhaps in other cases that might be brought against state governments by participants in adversely affected industries, or by industry bodies themselves.

In a preliminary skirmish in Mr Palmer’s case, Federal Court Justice Daryl Rangiah found that the border restrictions had been “effective to a very substantial extent” in preventing COVID-19 from being imported into WA from interstate. West Australian Premier Mark McGowan claimed this finding as a significant win. However, no matter how effective the restrictions may have been in achieving a worthwhile purpose, that will not help if the underlying law is unconstitutional.

Mr Palmer’s case is on its way to the High Court, with maybe others to follow. At that time the arguments will no doubt range across public health policy, economic impacts and states’ rights to control their own affairs. However, it may all come down to a very simple proposition: as far as travel among the states is concerned, does “absolutely free” in section 92 mean exactly that?

This could have important consequences. A couple of months ago we commented on the Brett Cattle case in When the Government Gets It Wrong where the Federal Court awarded millions of dollars in damages to cattle producers damaged by the Federal Minister for Agriculture’s unlawful blocking of live cattle sales to Indonesia. If the High Court finds the closure of state and territory borders to be similarly unlawful, businesses and individuals who have suffered damage as a result of those closures may seek compensation from the responsible governments.

The framers of the Constitution were shaped by and reflected the influences of their time, but in the Constitution they nonetheless established the principles upon which Australia would not merely be governed, but actually exist. These principles have so far prevailed through drought and flood, economic depression, two world wars and now two pandemics (the first the “Spanish Flu” of 1919-21). At a time like this it is important to remember that “this too will pass”, and that the anxieties of a few months, or even years, should not undermine the fundamental values on which Australia was established.